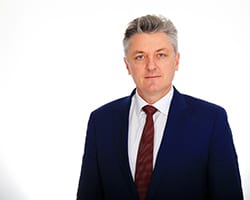 He is Associate Professor of Obstetrics and Gynaecology at Sydney Medical School, Nepean, University of Sydney and specialist in Gynaecological Ultrasound and Advanced Endosurgery. He set up the first and only Acute Gynaecology Unit in Australia which utilises ultrasound at the first point of contact for women with emergency gynaecological as well as early pregnancy complications (miscarriage and ectopic pregnancy). He is also responsible for the One-Stop Ultrasound based diagnostic clinics; which review women with abnormal uterine bleeding, chronic pelvic pain (endometriosis), adnexal pathology (ovarian cysts) as well as post-menopausal bleeding. He performs Advanced Endosurgery procedures for women who need intervention for pelvic masses, adnexal pathology, severe endometriosis or hysterectomy. He also runs ‘Hands on’ Live Sheep Laparoscopic Workshops for gynaecologists at Camden Veterinarian School.

Having completed his undergraduate degree with the University of Adelaide, he left Australia in 1993 and moved to London where he completed his training in Obstetrics and Gynaecology. From 2001 – 2003 he worked as a Senior Research Fellow at St George’s Hospital, London. At St George’s he set up the Acute Gynaecology Unit, the first in the United Kingdom. It was also during this time that he developed his great interest in Early Pregnancy and especially the management of pregnancies of unknown location (PULs). He has developed many mathematical models for the prediction of outcome of PULs which have featured in peer review journals. In 2005, he returned to Australia where he completed his Laparoscopic Fellowship at the Centre for Advanced Reproductive Endosurgery, Royal North Shore, Sydney.

He was appointed as a Consultant Gynaecologist and Senior Lecturer at Nepean Hospital in 2006 and soon was made Associate Professor. In 2010, he was made Departmental Head of Obstetrics and Gynaecology at Nepean Hospital. He obtained the MRCOG in 1999 and was made FRANZCOG in 2005. In 2009, he was awarded his Doctorate in Medicine (MD), University of London, for his thesis entitled: “The management of pregnancies of unknown location and the development of new mathematical models to predict outcome”. 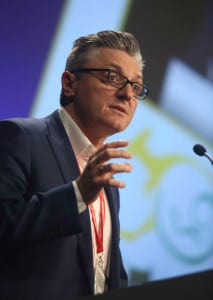 Associate Professor Condous was at the 23rd World Congress. He gave a Plenary lecture on Factors impacting on early pregnancy growth.

He has edited three books including the “Handbook of Early Pregnancy Care”, published over 100 papers in international journals and is internationally renowned for his work in Early Pregnancy. He is the Associate Editor for Gynaecologic Obstetric Investigation, which is a European based journal, as well as the Australasian Journal of Ultrasound in Medicine (AJUM). He is on the organising committee and is an invited speaker at the International Society of Ultrasound in Obstetrics and Gynaecology (ISUOG) Scientific meeting in Sydney 2013. His current research interests relate to the management of ectopic pregnancy, 1st trimester growth, PULs and miscarriage, as well as the use of transvaginal ultrasound, and in particular sonovaginography, to predict posterior compartment deep infiltrating rectovaginal endometriosis. He is also actively involved with post-graduate education including the annual running of the Early Pregnancy and Gynaecological Ultrasound Interactive Courses for Sonologists, Radiologists, Sonographers and Gynaecologists in Australia.