See 3D/4D images of your baby

OMNI can conduct a 3D/4D ultrasound during your morphology or growth scan. 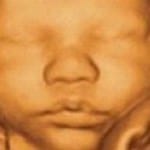 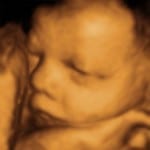 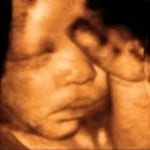 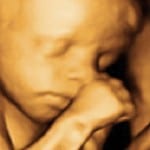 3D/4D views and images of your baby with our App

This technology allows us to provide you with a three dimensional image of your baby. The best time to perform the scan is between 26 – 32 weeks of pregnancy in the context of a medical ultrasound scan.

This is an ultrasound-based diagnostic medical imaging technique used by OMNI’s sonographers during pregnancy to evaluate your unborn fetus. This technology enables visualisation of the fetus in-utero. This process provides clinicians and expecant mothers with real-time views of your fetus during the antental period. For over 35 years, obstetricians have used 2D ultrasound technology during pregnancies, but 3D/4D technology is now readily available.

2D ultrasound works by directing ultrasound waves (ultrasonic sound waves) straight down onto the area being examined. These sound waves are reflected back to the 2D ultrasound transducer and recorded, providing the operator with a 2D, black and white image of your fetus.

This is a medical ultrasound technique, often used during pregnancy, providing 3-dimensional images of your fetus. The standard common obstetric diagnostic mode is 2D scanning. In 3D fetal scanning, however, instead of the sound waves being sent straight down and reflected back to the 2D ultrasound transducer, they are sent at multiple angles.

The returning echoes are processed by a sophisticated computer program via the 3D ultrasound transducer resulting in a reconstructed three dimensional volume image of your fetus’s surface or internal organs. 3D ultrasounds allow one to see width, height and depth of images in much the same way as 3D movies but no movement is shown. 3D ultrasound was first developed by Olaf von Ramm and Stephen Smith at Duke University in 1987.

The main part of 3D/4D ultrasound scan involves a scan done through your tummy. There is no risk to you or your baby and it should not be too uncomfortable.

If you would like 3D/4D views and images of your baby, please let us know and this can be arranged if your baby is well positioned at the time of your morphology or growth scan.